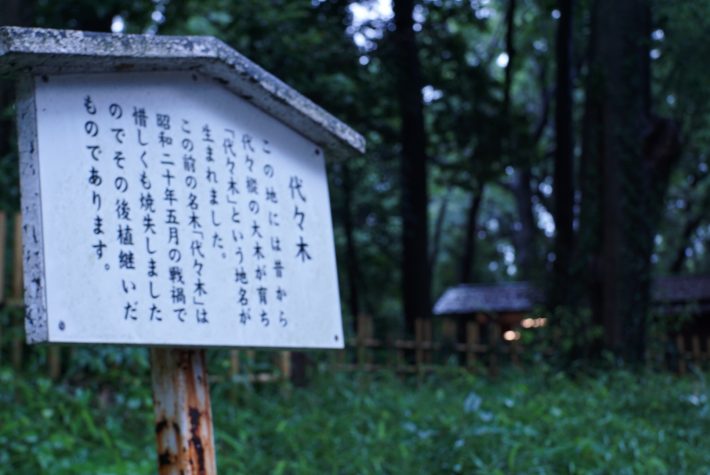 No doubt, being a black person going to Japan, I was a little wary. Of course I’m used to always being that one black kid who always sticks out like a sore thumb. But now I was going to be in a different country, with new people, a different set of beauty standards and a new set of stereotypes placed upon me. I know that anti-blackness runs in various countries and cultures; however, I’m only used to America’s prejudices. I have spent countless hours on the phone trying to reassure my mom that I would not get kidnapped. I would dress appropriately so that no one would “snatch me up.”  I told her I would make sure that I would call her day and night so she knew I was safe. I gave her every single piece of emergency contact information I had because if I didn’t call her for two days, it would be considered an emergency. I told her, “Yes, I will always be with someone and I will not travel alone,” to ease her worried mind. I even got this text message from my grandmother warning me to stay safe!

I’m not sure if her worry came from being any mother being anxious that her child was leaving the country, or if her stress came from being a mother of a black child. I took careful measures to reduce the alarm ringing up her nerves, but I wasn’t even sure myself.

I had a lot of anxiety leading up to this trip. I worried if I got lost what would I do? What if I lose my passport? What if the plane crashed? What if on the plane ride back, we crashed? What if I don’t have enough money?  Would I get weird stares all day? Were people going to avoid sitting next to me? What if someone “snatched me up”? My mind was filled with a lot of what ifs. That was dangerous in itself because it could’ve taken away the joy from the trip.

Landing in Japan was definitely a culture shock, as I am used to Americans with loud voices. The airport was seamlessly quiet, there were sounds of footsteps and light chatter among people. And that’s what I noticed a lot about Japan. People are quiet. Very quiet. Everything is also backwards, from my American perspective. Instead of walking on the right side of streets or stairs, we walked on the left. Street transportation stayed to the left side of the street as well.

Yes, to answer your question. Japan is safe. That is only from my experience. I did get a few stares here and there, but that is most likely because there are not a lot of dark-skinned people who live in Japan. I got stares in elevators, subways, trains, and on the street. I’m not talking death stares or “oh my God, what is she wearing?”-type stares, but more of looking at a simple math problem that they learned in fifth grade, but forgot how to solve.

A story I’ve often told is about the older lady on a bus who proceeded to stare at me for two whole minutes. I had sat down right next to her because that was the only seat left. That day, I was wearing a long denim skirt and frilly white blouse. I could feel her gaze beating down on me as she stared at my clothing, then at my arm, and then at my hair. At first I was very uncomfortable by the staring and shifted to my left a little. That, of course, did not stop her eyes from bearing on me.

I know if this were in the U.S., I easily could’ve said something confrontational and ended the looks. But this isn’t the U.S. and in Japan, there is a high respect for older people. I probably would’ve been scolded if I said anything. Plus, I don’t know Japanese.

I chalked up her looks to curiosity. It was definitely uncomfortable, but I knew it meant no harm. I know I’ve made her out to be an inconsiderate woman, but the lady was actually really sweet. When she saw that I was trying to tell my fellow classmates that a seat had opened up, she moved over and made more room for them to sit down next to me. She gave a warm smile and waved them over. She saw how long we had been standing and knew that we were in a group.

Japan’s population is made up 98 percent of Japanese people. It’s no shock when stares like this happen. America is known for being a melting pot. We are used to seeing multiple different ethnicities and races. Even though we are huge melting pot, race is still a sensitive topic in the U.S. because of our history.

When we visited in Musashino University, I remember one of the students apologizing before he said his dog’s name because it would seem racist to us. His dog’s name was “Blackie.” I saw that this as a harmless name as the dog’s fur was black, but because of America’s racial climate, the term could come across as a little offensive in the U.S..The students in our group were surprised that Blackie would be seen as offensive. I explained to them how our history has created this environment in America.

Another big discussion we had with them was how we treated the older generation. In Japan, and most Asian countries, it is highly frowned upon to talk back to elders. What they say goes. I realized from talking with them that they tended to disagree with their parents and grandparents on a lot of issues, but stayed quiet about it. They said that they’re starting to express their opinions a little more in a gentle manner. Sometimes, their concerns are received and most of the times they aren’t. The difference in America is that our younger generations are very vocal. We have no problem calling out problematic viewpoints, or informing those older than us about how their behavior affects us. There is a huge discord between baby boomers and millennials. I’m aware that not every millennial is ready to throw a milkshake at an older person. Sometimes, we do approach them calmly, but we realize that we don’t have to.

I’ve probably told these stories multiple times to my classmates and my family members, but I wanted to share it with you all. I’m always talking about how much I miss Japan, and how I desperately want to go back.

I fell in love with the kindness of Japan. I loved the consideration that was put into everything. And that is a norm there. I also loved that I could walk outside late at night and feel safe walking down the street (Japan’s crime rate is extremely low). There was so much I learned about their history and culture that blew me away. I’m used to America’s history, but I don’t think any of it was good. It was refreshing to hear about stories of legends that used to roam the buildings we visited.

I know after reading this you’re probably wondering: “Yeah, all of the culture and history is cool, but why would she want to go back if she gets stared at so much? Wouldn’t she be an outcast?” These are valid questions. But the stares don’t bother me because I know they are harmless, and that also comes with being a foreigner in a homogeneous country. Who knows? Maybe I’ll have the opportunity to teach other people about my culture. Yes, I would be an outcast; but I’ve learned to become comfortable with my blackness and no one could tear that down.