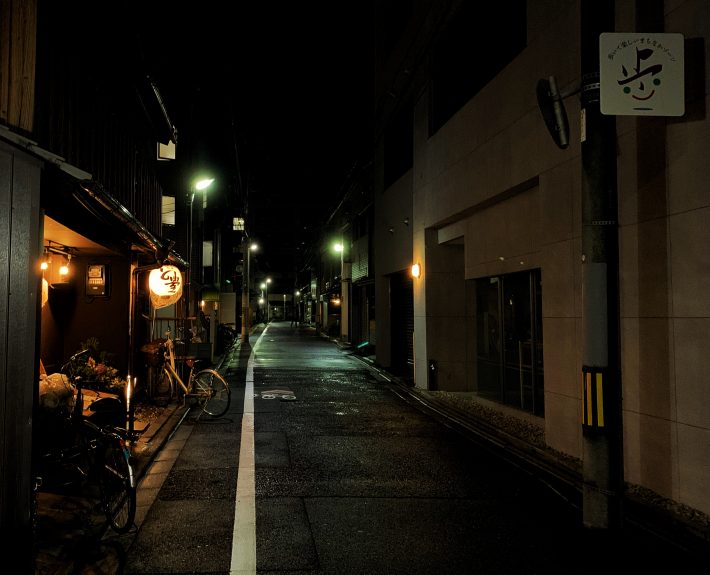 Traveling is hard on the body, hard on the mind and hard on the heart. One of the reasons why I decided to go on this trip in the first place is that I wouldn’t be gone for very long. Even still, I was home sick in Japan.

Backtracking to the plane ride over – even at the airport – sleep deprived, excited and slightly annoyed by waiting all day, all I could think of was how my pet fish Rosé was going to be without me.

I had left her with a slow-releasing form of pellet food that would keep her satiated without me, but I was also just nervous to leave the country for the first time.

I grew up in McAllen, Texas, a small town on the border, and now I was going to be 14+ hours away from most of the people that I love and run a  student newspaper in San Marcos at the same time?

“Get me off of this plane now,” I thought to myself.

But soon the plane took off and I quelled my anxiety by journaling the group’s happenings throughout the travel day.

I wrote about a really bad burger place at the Seattle airport and watched Vince Vaughn movies to pass the time and force me to stop tracking our flight, which at the time, was somewhere in the middle of the Pacific Ocean.

“Yeah, this is my first international adventure,” Katharine Robertson said. “It’s pretty crazy. We’re, like, actually somewhere in the middle of the ocean right now.”

Firsts aside, Kat’s scope of wonder shrank and her love of international travel boomed as soon as we touched down.

“Studying abroad was an experience that drastically improved my time at Texas State,” Robertson said. “Being able to go and experience a society and country that is so different than ours made me open my eyes to a new way of life and has inspired me and reinvigorated my passion for storytelling and writing.”

At approximately 12:44 p.m. Tokyo time, Doug Pierce, our Delta Airlines pilot, informed us that we had touched down in Japan and soon after, I celebrated by blasting “Tokyo Drift,” the Teriyaki Boys hit song from the “Fast and the Furious” movie franchise, on my headphones.

Pretty much any apprehensiveness experienced on the ride over was replaced by wonder and excitement of our new surroundings.

Jet lag was hard, but the group managed to pull it together and kept busy throughout the day, without naps for the most part, which made us all adapt quickly to our new time zone.

But life goes on.

The world was moving without us in it, at least in our usual places, and I was having trouble relaxing without constantly worrying about what I had left behind.

I found myself waking up at 3 a.m. Tokyo time just to chat with my staff for an hour to put myself at ease. I even helped break the news of a “boil water” notice and Bill Wittliff’s death back in Texas.

I missed you, Star. I’ll be home soon.