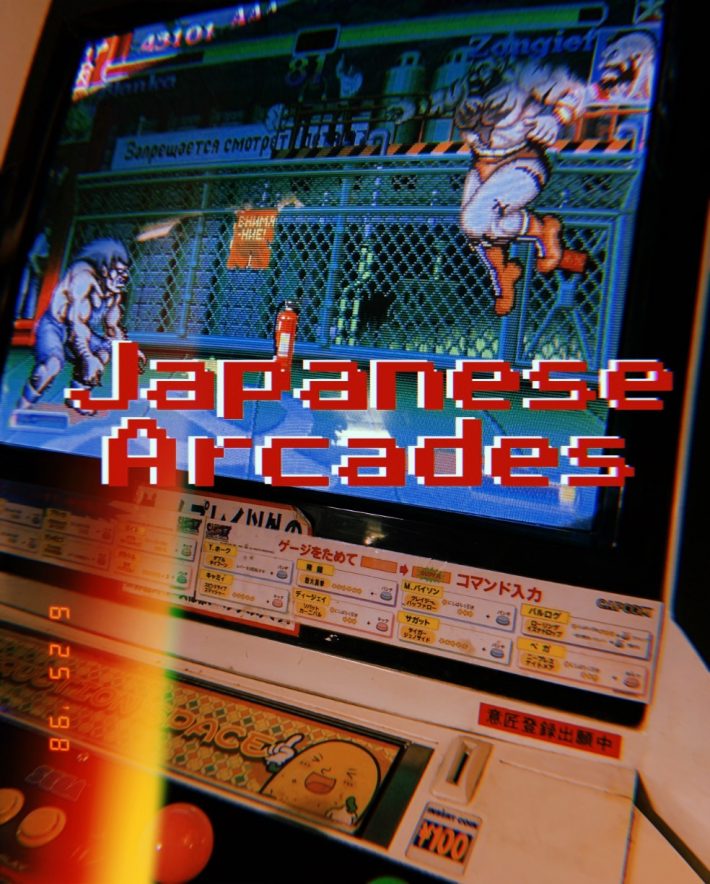 The dos and don’ts when visiting arcades in Japan.

I remember my mom telling me stories of how she used to go the roller rink and the arcade all of the time back in her youth a.k.a the 1980s. Now, when you think of roller skating and playing video games like Space Invaders, one wonders if today’s kids in America know what those two things are.

While in Japan on my Texas State University School of Journalism and Mass Communication study abroad trip, I took a little time warp adventure with a friend and fellow SJMC student, Jakob Rodriguez, and SJMC Senior Lecturer Jon Zmikly to an arcade in Akihabara, a five-minute walk from our hotel.

When we entered the arcade, I was astounded by all of the bright colors and shiny game machines. They reminded me of my mother’s stories about her teenage years: Mario Kart, Pac-Man, Frogger and much more. It also had games from the 1990s to present-day 2019.  The whole room was crowded by people. As I made my way to the elevator, swimming through a sea of avid arcade players, I read a sign that there were 10 floors of this arcade.

My jaw dropped. This place took Pinballz in Austin, Texas, to a whole new level.

Needless to say, arcades are kind of a big deal in Japan. Here are some things to keep in mind when visiting Japanese arcades.

Do: Get coins immediately

As soon as my eyes laid upon my all-time favorite arcade game, Street Fighter, I darted over only to be disappointed because I didn’t have any coins. FYI: all of the arcade games only accept yen coins. So, be prepared to convert some of your cash. Luckily, there are multiple change machines throughout the arcade.

Do: Try the Purika booth

Purika is a super-awesome Japanese version of photo booths. It costs ¥400 (about $4) and is worth every coin. Not only is the booth three times as big as regular photo booths, but it also gives you the option to edit all of your pictures while in the booth. The editing process is the best part because you can choose from dozens of stickers, fonts, and face edits. Bye-bye, pimples!

Don’t: Sit at an arcade game if you don’t intend on playing the game

As I have mentioned before, the arcades are extremely crowded. People come to the arcade after work to unwind by playing their favorite video games. There were so many people in suit and ties. This was surprising because, in America, not a lot of people visit arcades on a weekly basis. Since there is an abundance of people, it’s not polite to sit at a bench for an arcade game if you don’t play the game. There are many people who might want to play the game you are sitting at and may not know how to ask you to get up due to the language barrier. I only say this because it happened to us. Zmikly and Jakob were pretty tired from climbing those 10 flights of stairs. 😉

Do: Go to the dancing game section

Prepare to be amazed! While in this section of the arcade, I saw so many Dance Dance Revolution pros. If you’re anything like me, you could watch these dancing masters for hours receiving perfect scores. Jakob and I competed against Zmikly at one of these games, and he beat us. Can you believe that?

Don’t: waste too much money on the claw machines

Well, you can, but you will probably regret it as I did. I probably spent ¥3,000 (about $30) trying to win a Pokemon plushie that probably was worth $5. The claw machines are incredibly addictive. Once you have your eyes on the prize, it’s hard to take them off!

I hope that someday you get to experience an arcade in Japan, too (if you haven’t already). The visit will make you feel nostalgic about your favorite childhood games and make you all giddy when you finally win something from the claw machine.