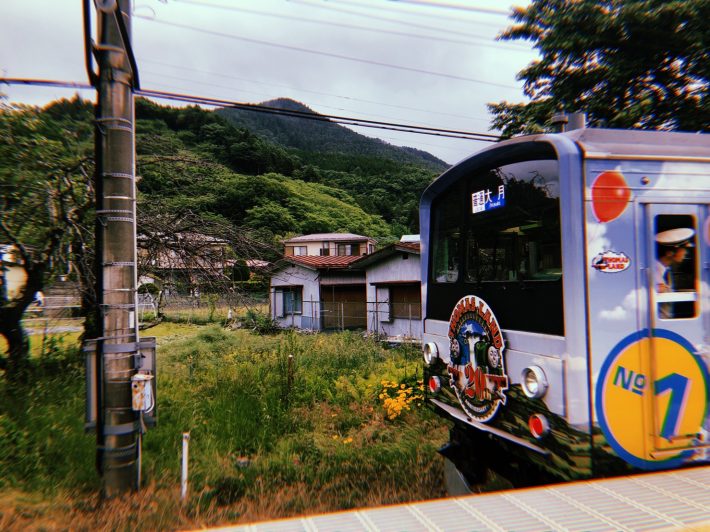 Japan is so clean, it’s almost unbelievable. Living in the states, we are basically surrounded by litter as soon we walk out the door. Even in the places we consider the cleanest, it seems inevitable that the occasional stray wrapper or bottle cap will mess it up, and over time things just get dirty. Well, not in Japan. Litter definitely wasn’t around, but I don’t think I encountered dust or dirt once either. It was nearly impossible to find a trash can anywhere in public. I’m not kidding. I don’t know how they do it, but I hope one day the U.S. can catch up. It was so nice to be able to walk around the streets of a metropolitan city without the constant smell of toxic sludge lingering in your nostrils or gum getting stuck to your shoe (lookin’ at you New York).

In my experience, Japanese people are some of the most polite and kind individuals I’ve met. Not one, not twice, but three times in Japan, I left my phone sitting somewhere and walked off without it (I was jet-lagged, ok), and each time someone came running after me in a panic determined to get my phone back to me. I’m not saying this would never happen in the states, but…. running after me? Three times? I’d say it’s unlikely. For the most part, people there were also so patient with English speakers and were happy to help us, which hasn’t always been the case in other non-English-speaking countries I’ve visited.

Family Mart, you ruined convenience stores for me forever. I will miss your inviting blue and green storefront, freshly baked goods, abundance of alcoholic beverages, proximity to my bed and most of all your ¥500 pre-made meals that actually tasted like real food.

This may sound strange, but I would be lying if I didn’t include toilets in this list. This is only because, for some reason, so much thought goes into toilets in Japan, and you really get used to it. Heated seats are a surprising and very welcome feature, and once you experience a front and back bidet, with adjustable water pressure, you’re just never the same. An electric panel beside the toilet comes equipped with buttons to lift and lower the seat for you, and play a pre-recorded flushing sound effect (in case the real sound of flushing wasn’t enough).

5. How Safe it Feels

During our time in Tokyo and Kyoto, we would see small children and young school girls making their own way around town. We found this a bit concerning, but in Japan, it seems like a normal thing. As a country, Japan ranks higher than the United States in safety, and has a very low crime rate. It makes sense in a country whose culture highly values harmony and order. Walking around at night with other girls on the trip, I felt very safe, and I had the same experience going out to a nightclub. I was also very comfortable traveling alone and staying in a hostel in Okinawa, because again, I did not feel in danger. Of course, like anywhere, you still should take precautions for staying safe and always be aware of your surroundings, but I appreciated the added level of security I felt while being there.

In Japan, our tour guides were Aya, Mari and Biying, and we loved them all. Each one was so kind and informative and really became another member of the group. We shared experiences with them and visited places together that formed a bond between us, and we were sad to say goodbye to each of them. Biying especially, who was with us throughout the entire trip and was close to us in age, became a good friend of all of ours. She taught us about China, where she’s from, and we taught her useless but funny southern expressions like “stay put.”

7. People Passed Out in Public

Sleeping in public is very socially acceptable in Japan, and is actually viewed positively, because it’s seen as a sign that you are a diligent, hard worker. There is actually a term for sleeping in public, inemuri, which means sleeping while on duty, and dates back to the 1960s when Japan became an economic powerhouse, and began priding themselves on hard work and little rest. Not only is it kind of hilarious to be surrounded by people zonked out on the subway, some while standing completely upright, but it was also nice to know the option was available for me if I ever felt the need.

Whether it was brand new or centuries old, it was impossible to escape incredible architecture, design and carpentry in Japan. One of my personal favorites included Kyoto Station, pictured below.

It’s hard to explain why, but a place that’s been around for fifteen hundred years just feels different from one that’s been around two hundred. So much changes and evolves in that amount of time, and the layers that build to create what places like Tokyo and Kyoto are today can still be seen and felt. Thousand-year-old shrines and temples are scattered throughout Japan, each with their own built-in lesson in history, culture, society and geography. It’s a special feeling to stand somewhere so old and feel so small.

Our hotels had them for breakfast, Family Mart had them five-to-a-bag, coffee and breakfast places had them freshly baked at all times of the day. Croissants were everywhere in Japan. I don’t know why that was the case or why they were the best I’ve ever had, I just know that I miss them and want them back.