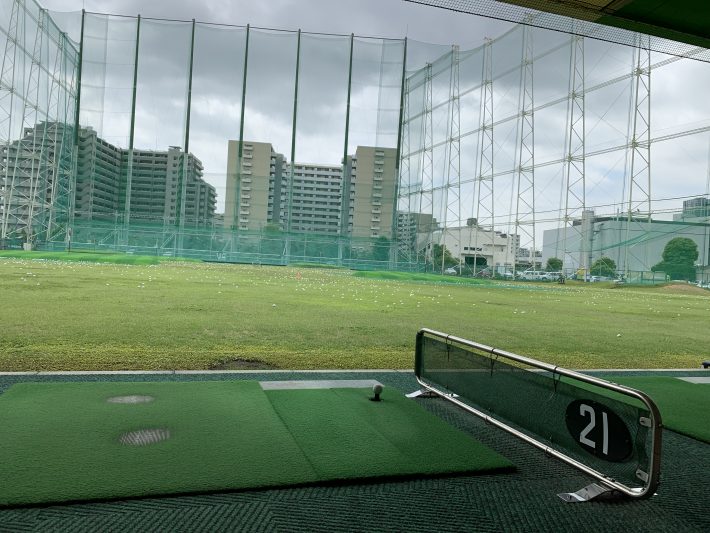 After a busy first four days in Tokyo, our fifth day in the city presented us with an opportunity to knock out items on our personal travel bucket lists for the trip.

As noted in my author’s bio on this site, I have dedicated myself to qualifying for a Professional Golfers’ Association amateur tour by the time I turn 30.

Well, you don’t get there by sitting around all day, so for my day off, I decided to go to the Fuji Golf Center driving range and hit a few dingers to hone my craft.

The free day kicked off with breakfast, though some people used the opportunity to sleep in, and individuals within our group started to share what they wanted to try to do with the free day.

I wasted no time in explaining myself or my rationale.

“Oh, I’m going to send some golf balls to the moon today,” I said.

While other people went to see Mount Fuji or stalked sumo wrestlers, I set off on my quest to once again abandon my hopes of being a successful journalist in exchange for a professional athletic career.

I had come across the Japanese driving range, set up similarly to Top Golf, with a Google search.

As quick as I found the place, I was off, taking the Tozai train line about three stops from our hotel before transferring to the Ginza line for another two stops.

Touching down in Kiba City, I finally experienced stillness in Japan.

So much of Tokyo had transported us into the future and given us so much unexplained, but necessary, order.

Now, I was staring at a woman hang her clothes on a line to dry. There was no music, just wind chimes tinkling and birds singing.

I still needed about an eight-minute walk to the range, so I set off again, leaving Kiba station through the quiet streets. I couldn’t help but appreciate the stillness of the passing canal streets, and the city itself – directly juxtaposed by Tokyo in my own memory.

Walking into the main lobby of the range, I was greeted by the staff members who began telling me in Japanese of the prices they have set for daily passes and memberships. I was lost, but an English-speaking Kiba City local helped get me set up with a bay, an area inside the range that I would be shooting from for the day.

After agreeing with the set price,  I grabbed a driver, a three iron – a shorter club with less surface area to hit the ball that is primarily used in middle- to short-distance play– and collected a card that the receptionist gave me to start my session.

Everything was in Japanese, so I didn’t know what to expect. But from about 30 feet away I could see the lady who had helped me translate earlier in the lobby motion for me to place the card I had gotten from the receptionist against the back wall.

Like magic, a ball popped out of the ground and just like that, I was ready to play.

I got this weird feeling as if someone were watching me. I looked around me and saw a few older men looking my way and as soon as I caught their glance, they looked down or away.

I knew my first shot had to go to the moon. But I had grabbed a driver, which was about two sizes too big for me.

Setting it back to my side, I picked up my three iron, set the ball on the artificial tee and slammed it as hard as I could.

It didn’t make a “woosh” sound effect like from the movie “Happy Gilmore,” but it was just as satisfying.

I looked for the eyes that had met mine earlier, but they were all now transfixed on balls before them, attempting to hit the back of the net.

Two hundred balls later, it was time I said goodbye to my new friends or adversaries. I had a picnic to get to in Kiba City park!