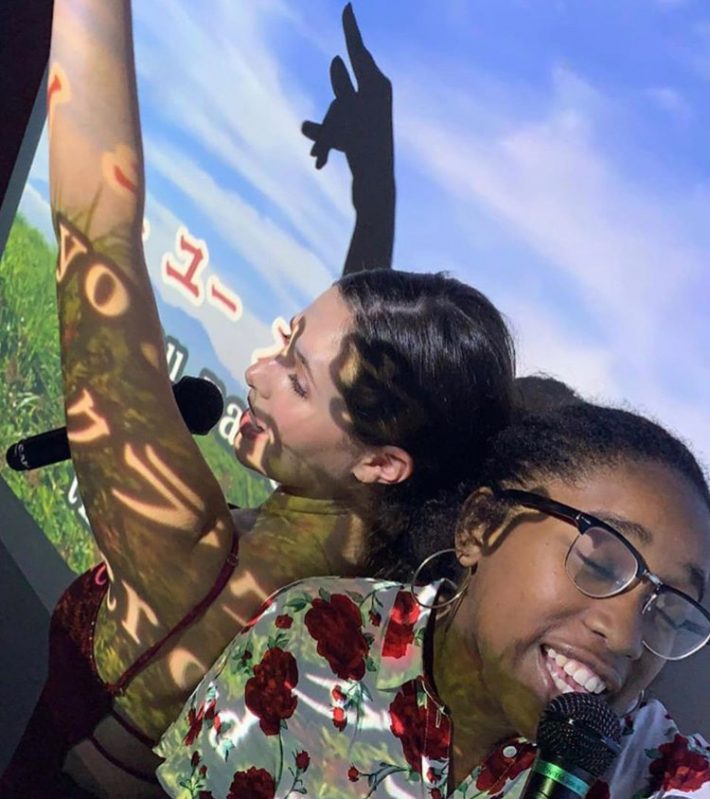 There’s a huge shortage of karaoke bars in America. Unless you count singing karaoke to YouTube videos at the top of your lungs when none of your roommates are home. Then, maybe there isn’t a shortage.

A few of my classmates and I decided that we should go to the karaoke bar right up the street. This was during one of our free days in Kyoto. The karaoke bar we decided to go to was called Big Echo Karaoke. When you first enter the building, you are given prices and time frames.

There was a price option for around 1,000 yen (about $10 USD) for 30 minutes in the karaoke room and 2,000 yen for one hour in the karaoke room. Then, as we looked further to the right of the menu, there was an option for 2,400 yen for an hour and unlimited drinks. Naturally, we chose the last option because it seemed like the best deal. However, little did we know that it was adding 2,400 yen to the 2,000 yen. The total for everyone together was over 20,000 yen which is the equivalent of over $200 USD. Once we split up the price it was 4,400 yen per person (about $40 USD).

Although the karaoke was a little pricey, it was worth every minute. There were over 100 songs to choose from. The tablet that we used to choose songs wasn’t in English, but luckily the staff and Biying (support staff from the Asia Institute, which provided support for our study abroad trip in Japan) were able to help us. The tablet also had American songs. We sang everything from “Mr. Officer” by Lil Wayne to “Bohemian Rhapsody” by Queen. There was definitely a wide variety of songs.

Ordering drinks was complicated because of the language barrier. The drink menu was primarily in Japanese (not a surprise). To order a drink, we had to use the telephone in the room and one of the staff members would answer. From there you told them what kind of drink you wanted, and they would deliver it to your room within a few minutes.

One of my favorite things about karaoke in Japan were the music videos playing in the background. I don’t think they could use the actual music video from the artist due to copyright laws. Instead there were montages and clips of people dancing or dramatic scenes of a man sitting alone at the bar. Each clip depended on the mood and tempo of the song. I think I was the only one tickled by the clips in the background.

Overall, if I ever went back, I think I’ll become a little more fluent in Japanese so I can sing songs in Japanese and read their karaoke menu!