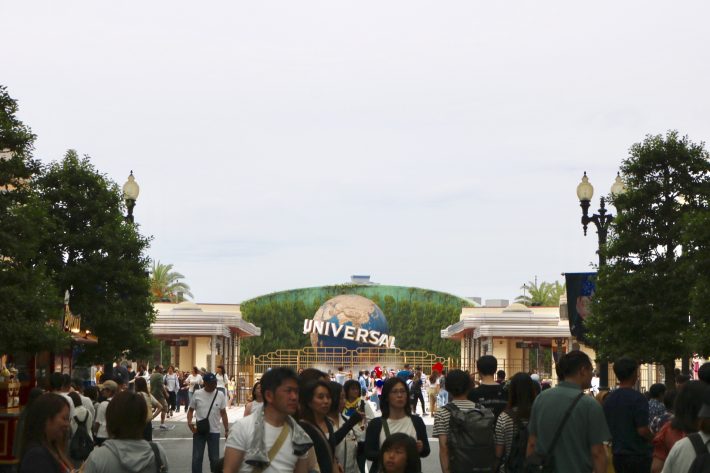 When I first dreamed of traveling to Japan, I was 18 years old and sitting in a coffee shop with my best friend, Bailey Chapman. We discussed our desire to travel to Japan, and what we would want to see during our visit. One of the biggest must-sees on our list was Universal Studios Japan. Upon researching the differing exhibits within USJ, Bailey and I noticed that there were life-size monster statues from our favorite video game series, Monster Hunter by Capcom.

On the second to last day of our study abroad program in Japan, Program Assistant Jon Zmikly reached out to the group on the Line App asking if anyone was interested in spending our last day in Osaka. Osaka was just over an hour’s worth of travel from our hotel in Kyoto. I almost immediately realized that this was the city that hosts Universal Studios Japan, a destination that I had dreamed of experiencing for two years at this point. I reached out to my classmates on the trip to see if anyone would attend along with me. Emilee Hall and Katharine Robertson responded quickly with “Yes!”

The next morning the group eagerly departed for Osaka via train. We arrived after some difficulty navigating the transit independently and immediately saw all the attractions in the distance. Emilee and Katharine wanted to ride roller coasters, while I wanted to experience as many exhibits as I could. We purchased our tickets and decided on a meeting spot for later in the day. Finally, we took off in our respective directions and began our USJ experience.

I walked around the park alone, searching for any sign of a Monster Hunter exhibit. I walked up to a park employee and held up a picture of one of my favorite exhibits I had seen online, to which the employee, with a shake of the head, indicating no. Disheartened, I looked at a park map and saw that there were actually no Monster Hunter exhibits whatsoever. I looked at past exhibits online and realized that USJ changes exhibits yearly in order to coincide with what has most recently in pop culture and video games. I quickly came to terms with the fact that there were no Monster Hunter exhibits and began to explore as much as I could. Throughout my visit my two favorite exhibits were Harry Potter World and Attack on Titan: The Real.

I stayed quite a while in Harry Potter World viewing the scenery and drinking a Butterbeer. Although I am not a huge Harry Potter fan, I really appreciated all the attention to detail that was put into making this exhibit. The area emanated excitement with fans walking every which way, some with wands and robes to match. I explored the different shops, which offered every Harry Potter item you could ask for.

Attack on Titan: The Real blew my mind. After waiting in line for nearly an hour, I was shooed into a large room with the rest of the exhibit visitors. We waited for about 10 minutes when finally, the doors shut behind us. All lights turned off including the exit signs. Suddenly, two actors appeared on a small balcony and discussed battle plans for taking down the massive titans. I could not understand anything that was going on and giggled to myself as I realized how silly it was for me to expect subtitles as I had seen in the anime. After this brief interaction, I was brought to a large auditorium where every seat was filled. The show was stellar, with a mixture of a 360-degree projector screen, live actors and special effects. At one point, the entire auditorium’s seats dropped with built-in hydraulics, giving the audience a scare. The show was a wonderful experience, and although I watched the show alone, I experienced it right along with fellow fans. 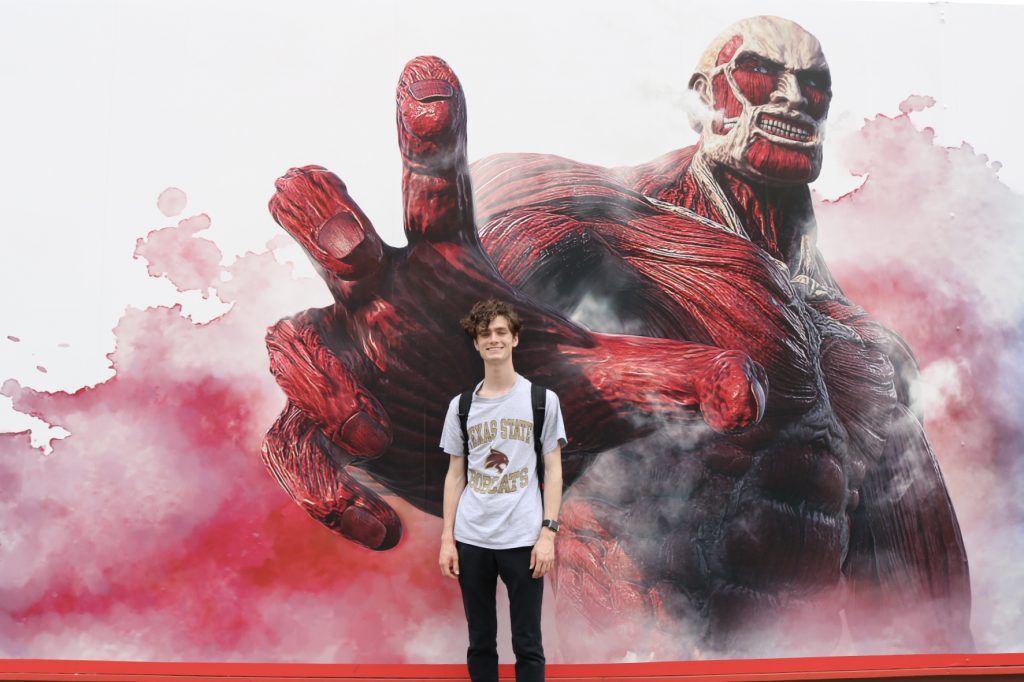 I entered Universal Studios Japan with the expectation of experiencing the Monster Hunter exhibit, yet saw a vast array of differing exhibits that exceeded my expectations in every way possible. As someone who typically does not seek amusement parks while on vacation, I would not trade this experience for anything. USJ did not disappoint.