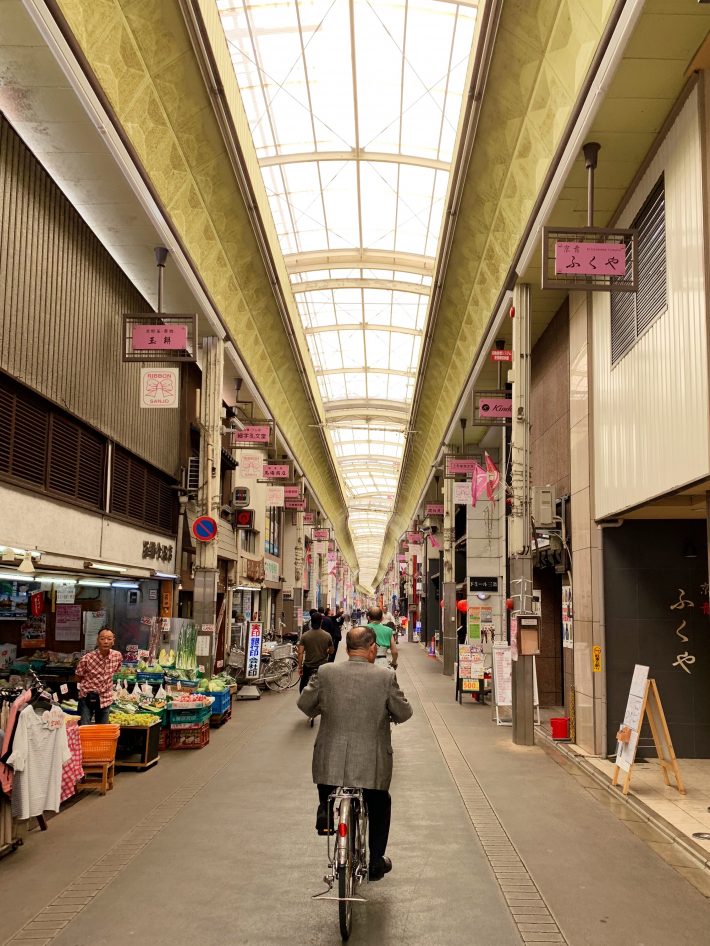 When preparing and coming on this trip, I mainly looked forward to Tokyo. At the end of the day, I feel like I’ve always been a city girl. With so much to see and do, I wish there were 25 hours in a day. I knew I would love it in the city and feel at home there (and spoiler alert, I did).

However, when it came to researching Kyoto, I drew blanks. I’d look up Kyoto on different platforms to get a feel for what I would be walking into, and I still could not get a sense about Kyoto. Everything I had heard or seen was that Kyoto was the place to see “old” Japan. I felt as if I was walking blindly into this new city, and I was not prepared for what happened.

After the seamless two-hour journey on the shinkansen (bullet train) to Kyoto, we stepped off, and it was not what I was excepting. We ascended from the subway station and I was brought into a world of hustle and bustle. The streets were full of people on their way to work or school. Buses and cars raced past us, and it felt like home.

The thing about Tokyo is that, despite the massive population, it’s quiet: people are nearly silent on the streets, in the subway and metro, and on elevators. There’s almost no excess noise (aside from cute musical jingles here and there) and coming from America, I’m used to a lot of noise, and I like it that way. Shops lined the main streets and family homes filled the backstreets and alleys. Walking behind the shops made you really feel like you were in someone’s neighborhood while in Tokyo, it felt almost unreal that people live there. Kyoto felt lived in. To me, Kyoto felt like home.

As much as the noise and liveliness made me feel at home, Kyoto is also home to some of the most amazing things I have ever seen. From central Kyoto (where we were staying), it’s a quick trip to any number of shrines or temples. Our first full day really getting to experience Kyoto was full of visits to these historic grounds, and it felt like I was transported to another world. There is so much beauty interwoven throughout Kyoto in the form of cityscapes and forests. But even if I had felt far away from where we started, it turned out we were really only 20 minutes from the hotel.

That’s the thing about Kyoto, it really does capture what Japan is. There are over 20,000 shrines and temples scattered throughout the city, which itself is surrounded by forests and mountains that you can see from anywhere in downtown. Our hotel was a 20-minute walk to Nijō Castle, which is known for nightingale floors. Basically, when the floors were made, they used screws and brackets that would make the floors squeak, allowing detection of intruders based on their footsteps.

Being able to awake one day and just walk or take a quick bus ride to these spiritual centers seemed too good to be true. Kyoto is not only the “old” Japan, but, instead, it is a mix of what was and what it has now become.