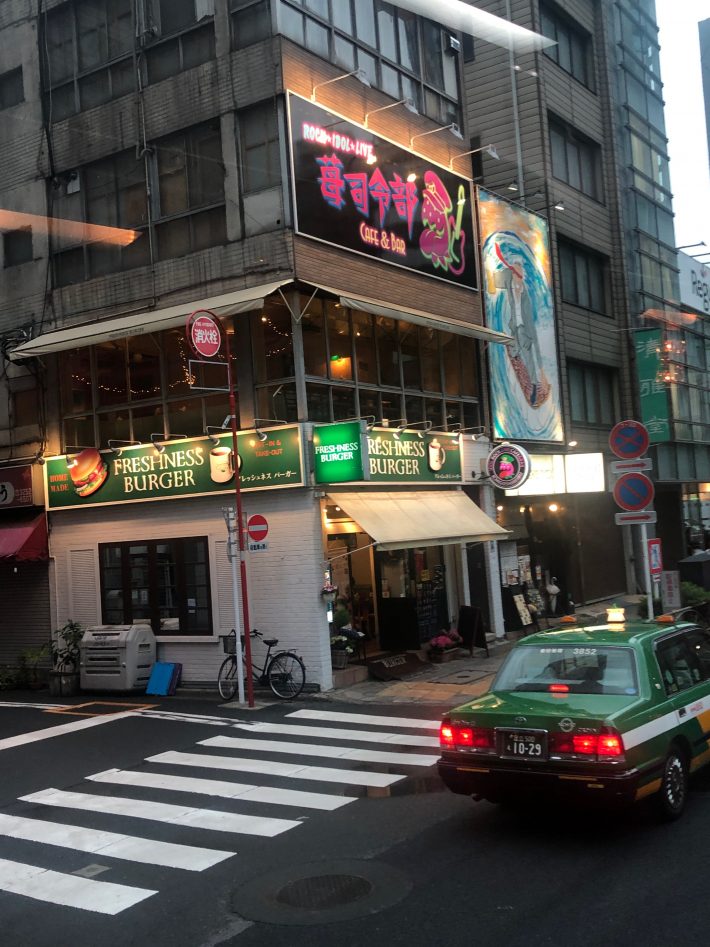 After an entire day of traveling with sparse amounts of sleep, we are finally here in Tokyo. For me personally, the fact that I’m actually here hasn’t quite hit me yet. I’m sure the feeling is mutual throughout the group. You might wonder how one would recover after such a long journey across the world; here’s what some of my peers have been up to as we settled in to the city on our first night.

Regardless of how we passed the time during the flight, we all could agree that traveling for nearly 17 hours took a lot out of us. “I’m pretty exhausted,” said Jakob Rodriguez. He told me he can’t wait to go to bed and get a good night’s rest. Dylan Knight thinks settling in was pretty relieving “because we get to put all our stuff down.” He wrote a blog post about the flight to Japan that you can read about here. Grant Langford pointed out that he spotted a pants press in his room and is interested in trying it out.

Eventually our hunger got the best of us after we settled into our hotel, and we all decided to explore the surrounding area. The hotel we are currently staying at lies near the popular Akihabara district. Dubbed “Electric Town,” it is well known for its wide range of shops, and many of them focus on Japanese anime and manga. Some people in our group wanted sushi, some wanted noodles, and others weren’t really sure. We split off and found different places to eat. “Dinner was nice,” said Michael Southall. “We had our own private room to eat in,” he continued. Jakob’s dining experience was one to remember. I accompanied him and a few other people for dinner at Tengu Sakaba, a restaurant down the street that had inexpensive choices and a wide variety.  He ordered a single kebab of meat thinking it would be enough to hold him over for the rest of the night due to the way the picture portrayed it on the menu. As our food came out, a small plate with a tiny meat kebab was handed to Jakob. Some of us couldn’t help letting out a giggle as we realized that the image was enlarged (for detail possibly).

The hotel rooms we’re staying in are comfortable yet compact. It’s been a little confusing for me to navigate certain appliances like the humidifier I initially thought was a shredder, the remote control for the TV, and the ever-daunting bidet in the bathroom. So far the adjustment has been nothing short of interesting, and I cannot wait for the days to come.