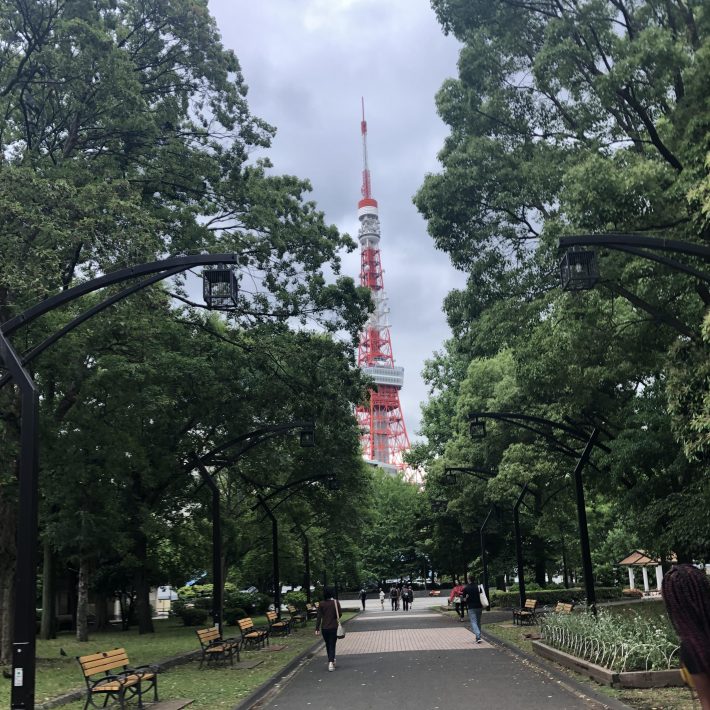 The nature areas in Japan are nothing less than astounding. There is lush greenery that covers the hills and a unique attitude of integrating natural beauty into one of the most technologically advanced societies in the world.

When you think of Japanese wildlife, you might think of bamboo shoots, monkeys, and carefully cultivated bonsai trees. While these are all great examples of what Japan has to offer, it hardly covers the wide spectrum of things that live here. A good example is when the class took a trip to Fushimi Inari, an important Shinto shrine in Kyoto. Near the thousand torii gates, there was a side trail that seemed enticing. Upon following this side trail up past the incline paved with cinderblocks, there was a small shrine at the beginning of a bamboo forest. This didn’t happen to be the famous bamboo forest people know Kyoto for, but it was definitely a close second.

Each shoot was placed far enough away from the next so you could see into the vast spread, and the browning leaves looked almost like woodchips scattered on the ground. The sight was as serene as it was peaceful, but the peculiar thing was that there was almost a line between where the bamboo stopped, and cedar began. Being able to see such a peaceful and secluded spot among a vastly visited area gives people a great chance to take a breather and collect their thoughts.

Even where we were in Tokyo, there were pockets of nature hidden in the concrete jungle. From the window at Edelman, you could see a bundle of trees that covered the ground from building to building. This specific patch hidden in the city seemed symbolic since you could see the top half of an escalator come out of the thickly wooded area. Japan has been able to progress without forgetting the importance of the outdoors.

Another example of this inclusion of nature is the scattered shrines throughout the urban areas as well. In the Shinkyogoku Shopping Street Union in Kyoto, shops are pressed next to and even on top of each other. The outdoor mall feels like it’s in the epicenter of the city, but even so, there is a shrine tucked away in between two of the areas. Walking into the area you will notice how it is much quieter that on the main path. It feels like you walked through a portal into the countryside. Around this shrine was foliage and typical Japanese style gardening, accompanied by deliberately placed stones and a purification fountain. The integration of old traditions and new developments is an intriguing part of Japan. There is a distinct relationship between how far humanity has come and the roots that still exist in the Earth.