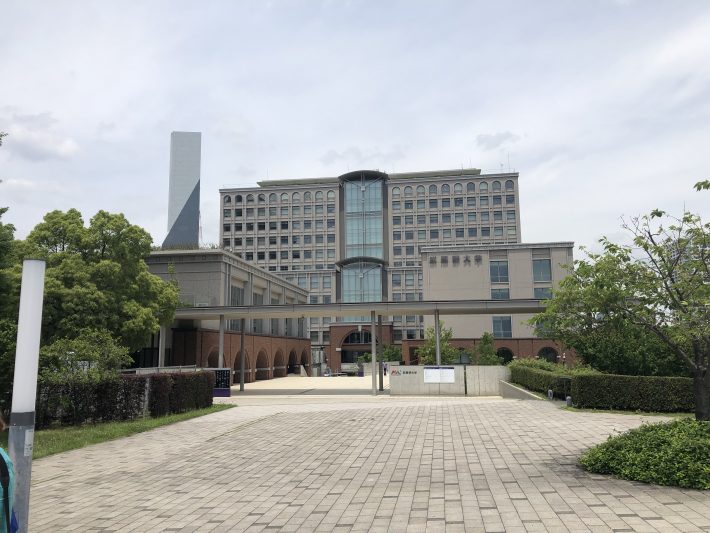 Musashino University’s motto is “Creating peace and happiness for the world.” There is no higher goal than this one, and our Texas State team was lucky enough to go visit Musashino and get first-hand experience at what this looks like. We were able to have small group discussions, a large group discussion and time to mingle with all the new and exciting people that were there.

I had no idea what to expect from this visit at all. I knew that the students would likely be well informed and willing to share, but from a cultural standpoint, I was blind. I love interacting with locals of any area to see just what that place is like but being able to speak with students my age and in relatively the same situation is another aspect. Japan is a very connected and conformative  culture, so I wasn’t sure how much that had an influence on the people we came here to meet.

I was in a group with fellow bobcat Dylan Knight, and four students from Musashino. Of the four students that were in my group, two were Japanese, one was from Hong Kong, and one from Thailand. Originally, I thought the language barrier would be a huge obstacle and might even hold back from being able to express our ideas in a clear way to each other. This was not the case at all as all the students were able to speak very freely, and much more than any average Japanese person that I had spoken to prior to this visit. At first, both sides were a little nervous for obvious reasons.

We all had received a discussion questions that included introductions, and more advanced questions based on our schooling so that we could have something to talk about. Our intros were somewhat formal with each of us were trying to figure out the other. Soon enough, we were able to bridge the gap and start joking with each other and become friends. Tim from Bangkok asked about  Texas and barbecue, and I asked him about a popular Thai dessert: sweet, rolled ice cream.

After only a few minutes with the students I realized that many of my expectations were not met. These people were not foreign to me at all: they were just young adults like myself that were excited to learn. They also sometimes ran late to classes (sorry Dr. Martinez!) and were unsure about the future. I caught myself feeling close to them in the sense that even though we grew up on different sides of the planet, we were all in the same boat. We had similar ideas about the direction of digital media and the role technology has taken in each of our societies.

Our group had a great discussion about the professional world, but I think there was a stronger impact on me from the discussions we had about our thoughts and lives. During the lunch provided for us by Musashino University, I was able to meet and speak with many other students that were interesting and hilarious. Marc (from Malaysia) and Larry (from the Netherlands) had a very insightful and intellectual conversation about memes. They told me about life in Tokyo, and we even made some jokes about life there and my own home state of Texas.

After many pictures and Instagram exchanges, the professors from our respective universities concluded the program and the visit. The time we spent at Musashino University was incredibly valuable to me both personally and professionally. Understanding people from other cultures and backgrounds is important so that we all get a larger view of the world, and also ourselves. As my new friend Tim told me, “Technology is rapidly changing, but humans are always the same.”