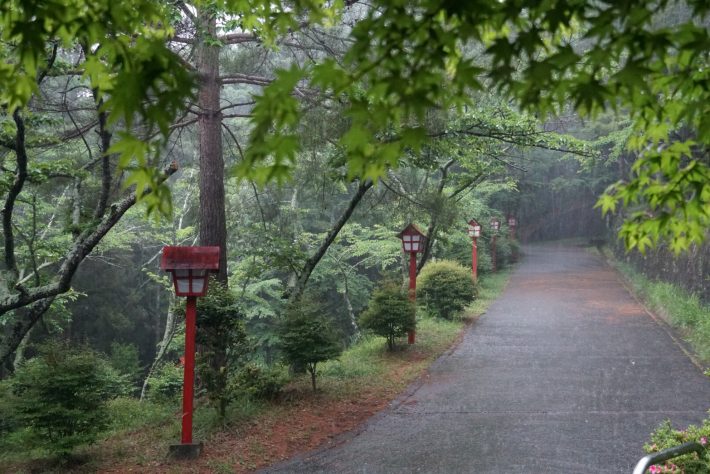 On one of our unscheduled days, we were free to do anything we’d like. So Sam, Tyra, India, Melody, Michael and I decided we wanted to find our way to Mount Fuji; so we did, kind of.

(Insert six frantic American students in Tokyo) “Is this the entrance we need to the subway? What time is it? What’s the platform? Wait, how much time does it say until we get there? We aren’t going to make it… ”

Also, at the bottom of the ticket confirmation, it said there would be no refund to those who were late. If you were late, you would have to repurchase another ticket for another time.

Because only a couple of us had a good idea about how to operate the subway system, we decided we would all go together to the bus station.

And of course we left a bit late. Okay, we left really late (10 minutes until departure, we were 15 minutes way).

So this is where I’ll resume our story.

Half of us were looking at what the directions were telling us to do, and the other half was trying to put the verbal directions into play as we maneuvered around people to make it to our bus station (three minutes until departure).

Once we finally get off our last train, we ran out of the tunnel and around another corner of towering buildings. We looked in both directions trying to see which way made sense to head (three minutes after departure).

At this point, the four of us, who were now late for our bus, had come to terms that we were just going to have to buy another ticket. Finally, after asking for help, we finally reached our destination (10 minutes after departure).

We walked over to a lady standing at a podium to see if this was where we needed to be. She took a look at my online ticket confirmation and did something on her iPad, then showed me that my seat would be 4D. A bit confused, she then asked to see the other tickets we had and did something again and gave another seat number.

She simply adjusted our tickets so that we were all on the next bus that was departing in about an hour.

We were so relieved! This lady was so kind to move us over without charging us. We knew then that luck was on our side. And before we knew it, we were on our way to our destination!

Finally, we made it!

We found the spot where there were many stairs that led us to the viewing spot of Mount Fuji. In the entrance way, there was this huge torii that we bowed at before entering, signifying the separation of the human world and sacred ground.

At the start, everything was good. We were so proud of ourselves for traveling so far without help (well, mostly). Also, we were ready to find out more about this path. While heading to the top, there were many different things around that could bless you. This land was very peaceful and we felt welcomed.

As you got closer to Chureito Pagoda we came across a hand washing station and a few of us went to cleanse our hands. The water was very clear and we used the large ladle to pour water over our hands.

Then, as we moved a little further, we had the opportunity to pay our respects to the shrine.

How to pray and show respect

As we got closer, the sky got a lot cloudier and darker. Right then and there, folks, is when we wished we would have prepared better. Rain started falling faster than we could say Mount Fuji. And in that time, we all had to make a collective choice and make our way to the top of the viewing area. It was raining and cold and we did not prepare for this. While half of the group stayed to take pictures, the other half went to find shelter.

The rain had not let up one bit, but we had all finally made it to the viewing area, and luckily, there was a seating area right in front. So we all gathered around, wrung out our wet clothes and sat. Boy, was this view something spectacular. Although we were drenched, we were all at peace when looking out to the horizon. Pictures do no justice to experiencing this in person.

Legend has it that when you are in a shrine or any land that is sacred when it rains, it is a symbol of blessings from the gods.

We had a photoshoot in front of Chureito Pagoda in the pouring rain.

We spent about 30 minutes admiring the view and talking about how amazing it was to make it to Chureito Pagoda. The rain finally started to calm down, and it was time to head back down.